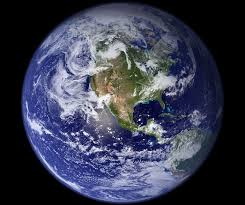 Fifty years ago, Earth Day took the country by storm, sparked by events like a massive oil spill off Santa Barbara, a river in Ohio catching fire (for the 14th time), and the silent spring of pesticides.

Earth Day was the creation of Gaylord Nelson, a Wisconsin senator and outdoorsman who called for a nationwide environmental teach-in to take place on April 22, 1970.

On April 22, 1970, 20 million people across the United States took part in demonstrations, marches, and environmental cleanups. Manhattan was shut down to car traffic. Picnic blankets were spread across 5th Avenue. The headline in the New York Times read, “Mood Is Joyful as City Gives Its Support.”

The year started with apocalyptic wildfires that killed over one billion animals.

In the past 50 years, our planet has gotten warmer, our carbon imprint has gotten bigger, glaciers have gotten smaller, coral reefs keep dying, and plastic waste has become ubiquitous. In the United States, the longstanding environmental protections that sprung from the first Earth Day are being gutted and global treaties are being dismissed.

Mother Nature is showing us who’s ultimately in charge, with a virus that has infected 2.5 million people, killed 200,000 and caused all manner of suffering worldwide. At the same time, after a month of worldwide lockdown, our planet is showing stunning resilience. According to NASA, air quality levels in major cities across the globe improved dramatically. Even quiet has made a comeback — seismologists at the Royal Observatory of Belgium have detected 30 to 50 per cent reduction in ambient seismic noise.

Wildlife is turning the tables and encroaching on us. Deer are wandering the city streets in Japan, black bears are doing the same in New Hampshire and North Carolina, sea turtles are nesting on usually crowded beaches in Brazil. With the absence of humans in the Hong Kong zoo, two pandas have finally mated after 10 years together.

It’s unfortunate on this 50th Earth Day that the rallies and cleanups that are the heart of the holiday are shut down. But it doesn’t mean we are reduced to posting in our pajamas.

According to the Earth Day Network, “Plogging represents any form of outside exercise where you collect litter. #TrashTag is taking a before and after picture of the area you cleaned up and posting it to social media.”

I decided to go plogging on my daily “lockdown sanity hike” along Beach Road. I came across the standard assortment of nip bottles, plastic water bottles, mylar balloons, and cigarette packaging. I also found nine disposable latex gloves (come on, people) and two masks. Crossing Big Bridge, I saw a recently demised pigeon by the side of the road. I thought I saw its head move as I passed but I continued plogging. The wind became a gale and rain fell. As I made my way to Little Bridge, the idea of a suffering bird kept niggling at me. I dismissed it. It was just a pigeon. If it was alive, it wouldn’t be for long.

Earth Day popularized the term ecology, defined as the science of how living things connect. It was hardly in the spirit of the day to let an animal suffer in a whipping cold rain in its dying hours.

Plogging my way back, I came across a piece of soft cotton cloth, about a foot square. Clearly it was a sign. If the bird was alive, this would be a perfect blanket. When I reached Big Bridge, the pigeon was sitting up, about 10 feet from where I’d seen it. It was trying to fly but clearly unable — probably hit by a car. I picked it up in the blanket. It didn’t peck or resist, in fact, it relaxed in my hands. I wrapped it up in the blanket, dug a shallow hole keep it out of the wind, and went on my way. I was still three miles from home and I needed to get writing about Earth Day.

But at least I’d done my part.

Later, I sat at my desk attempting to work, watching the trees bend in the wind and rain. I couldn’t get the pigeon out of my head. Evening temperatures were forecasted below freezing. Convincing myself that I’d already done my part was as lame as convincing myself that I’ve helped the environment by posting on Facebook. Earth Day is about taking action.

Storage bin in hand, I went back. At first the bird wasn’t there. The makeshift blanket was covered in sand blown by the heavy winds. I had a fleeting sense of relief that nature had taken its course and I was off the hook and I could go back to work. But I found him a short distance away, huddled in the sand.

He came home with me.

Eventually, he drank water out of a spoon. He drank a lot of it. I juiced it with Advil, figuring it couldn’t hurt.

I told my 90-year-old mother about my new pigeon friend, and ever the movie buff, she said I should call him Walter (after the famous leading man of the 1940s and 1950s.)

Walter made it through the night. He’s sitting next to me now wearing a splint I applied, courtesy of YouTube. He hasn’t once pecked at me, not even during triage.

After a month of solitude, it’s nice to have a living creature in my space.

If I hadn’t gone plogging for Earth Day, Walter would have died a brutal death and I’d be sitting at my desk, alone, wondering what the hell I was going to write about for Earth Day.

Although this year we’re limited in how we can commemorate the 50th Earth Day, I highly recommend plogging. It’s easy to keep social distance on this Island and this Island can definitely use it. Plogging doesn’t have to be limited to Earth Day. Any day is good. You never know what you’ll find.